THEMES and WARDROBES and MERMAIDS too.

Okay, I have a THEME, for the April 2015 Blogging from A to Z Challenge.

The pressure was on, I bowed, it almost broke me.

But… one must do what everyone else is doing.
(small seizure ensued from typing that)

About this THEME of mine. It’s called “ANYTHING GOES”.

It’ll be gruelling, highly demanding, more than should be expected of a mere mortal (well, if I were a mere mortal) and most likely so complex the average blogger will leave wondering what just hit them.

To which I will apologize in advance for those leaving dazed and overwhelmed by the sheer awesomeness of the whole thing. (Humble pie is good, I ate a big slice with that phone fiasco.)

Unless, of course, you're afraid of the overwhelming sense of envy that will come from seeing how much more work my THEME is than yours.

Just sayin' you shouldn't overlook mediocrity - it works for some, quite well I'm told.

Maybe a little too much, eh? X could be the deal breaker. Or maybe it’s V - there’s something there that could be, “Vell, how shoot I say… sumsing very goot, fa shure.” I’ll be checking in with the resident Austrian, that I keep for these exact Challenge situations, in the hovel below me.

What do you think of this latest blog wardrobe change?

Well, it’s minor, same colours, still two columns, but I went from using the Awesome Template to using the Simple Template. I’m ageing, though extremely well in the face department, not so well in the gray matter department.

I would have preferred a little of both Templates, then my blog would be Simply Awesome! (I’m onto my second slice of humble pie, bit chewy this one.)

Okay… that’s it for updating you on the minutia of my highly sought after blog look. (Which I see no one has rushed to emulate, talk about adding my first frown line.)

Let’s move on to the MERMAID bit.

Call it saving the best for last!  (Some might argue my THEME really gripped them, and a tie might be in order.)

Saturday I was a Mertender, like a Bartender, but with mermaids instead of bars, tails instead of glasses, and, well, you get it.

Miss CP, the attractive fruit of my loins, yes, this apple fell directly from the tree and did not roll far, hosted her first Mermaid Meet-Up.

It was pretty awesome. About 13 in all - swimming around the pool looking quite the group.

As Miss CP has my SD Card, with the pics I took, you'll get these two I grabbed from her website, and a link to her facebook page that has more.

This is the latest tail she made, from scratch. It takes months to hand paint and apply the sequins. For those that follow me on Twitter, I tweeted links to her painting process. (Don't look like that… the Follow Button is right up there - can't miss it.) 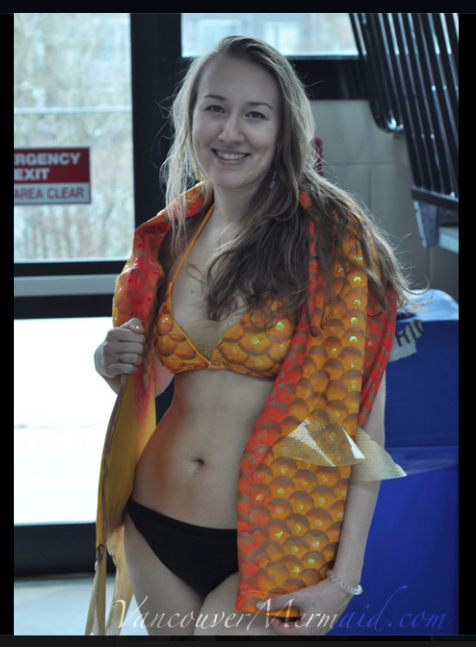 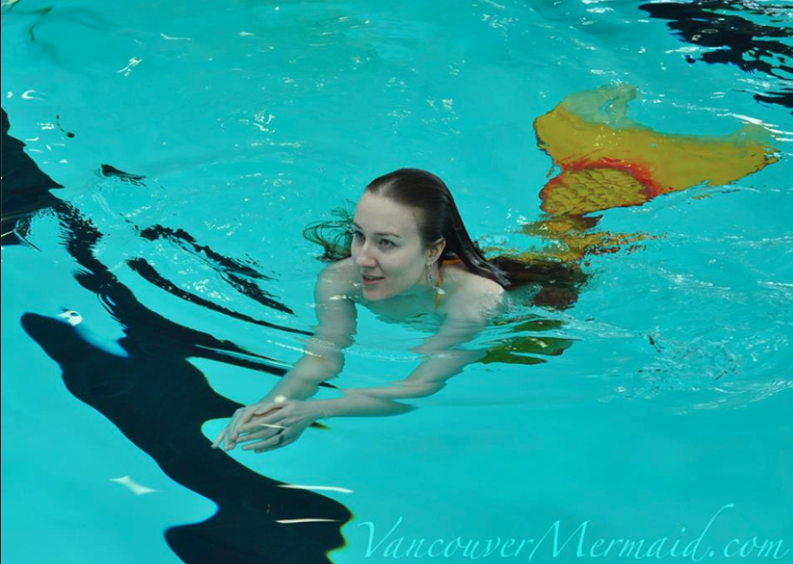 See, I was tending mermaids - I even had a T-shirt that said so.

There you have it - that’s what a busy weekend looks like in my world.

Now there’s a TALE in all that I’m sure!

Email ThisBlogThis!Share to TwitterShare to FacebookShare to Pinterest
Posted by Pearson Report at 9:22 pm