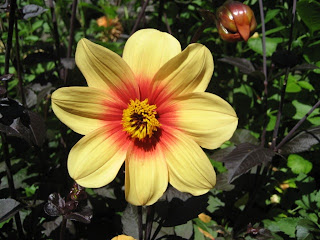 For some time the daughter had stewed about the inconvenience of being in such close proximity to her mother.
The phone calls at all hours; the “Hello! Anybody home?” chiming up the stairs from below; it needed to stop, or at least be checked.
Yes, the old woman needed boundaries and devoting one day a week to her seemed like a logical and practical solution.
It took a little time to iron out the kinks and get it on track, but once Mother Monday was established as “her” day things slowly settled into a very doable and rather likeable weekly event.
The weeks passed and as the Mondays would come and go the daughter realized her mother was a rather interesting woman, who had lived a very full, energetic life.
Oh to be sure, the old woman’s life had had periods of great sadness; the separation from her parents and only sibling when, after marriage, the decision had been made to settle in a foreign country; the language barrier - an almost insurmountable obstacle in those early years; the purchase of a home equalled years of hardship and hard work; raising a family without the help of relatives; and the divorce...ah, the divorce - a topic that would span several Mondays and lead the daughter to realize her life wasn’t that different from her mother’s.
The other day, on their Monday outing, the two could be found running banking errands; picking up goodies at a specialty store in preparation for the upcoming holiday; and dropping into their neighbourhood supermarket for a few necessary staples.
It was a short Monday outing, but an outing nonetheless, filled with bits of laughter punctuated by stimulating dialogue and comfortable silence.
Finally at home, the old woman settled onto her comfy sofa; with remote in hand she let out a big sigh - she was tired. She was aware of her lack of get up and go, and wondered about her breathing; it had been problematic as of late.
She was distracted by the daughter’s voice as it chirped a happy, “Hey mom, it’s me!” - a little routine her daughter had introduced lately so as to not startle her when she was dozing on the sofa.
The old woman smiled.
She looked up at the daughter, as she entered the room.
“I love you,” rolled gently off the lips of the old woman.
Unaccustomed to verbal, and non verbal, displays of affection from her mother, the daughter, somewhat taken aback, replied, “I’m sorry, what did you say?”
“I love you.” The old woman extended her arms upward indicating a hug was being offered.
The daughter leaned down toward her mother, accepted and returned the hug, and whispered “I love you too” right back.
Mother Monday had become an old woman’s gift to her daughter - a gift the daughter would hold onto and cherish long after her mother spent her last breath.
Have you taken the time to get to know the person behind the title of Mother? If so, what have you learned about yourself in the process?
Jenny

Email ThisBlogThis!Share to TwitterShare to FacebookShare to Pinterest
Posted by Pearson Report at 7:14 pm 11 comments:

Icing on the Sibling Cake 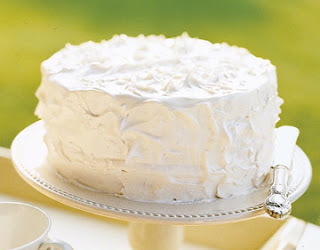 The phone rang...she knew before answering who it would be.
“Your brother’s here, do you want to see him?” queried the aging voice on the other end of the phone.
“Sure...be down shortly.” The phone went dead before she could say goodbye.
It was a pattern that would not be broken, at least not in this lifetime. Oh, she’d asked and even cajoled the old woman into trying to end a phone call with goodbye...maybe - and this she was learning as time went by - saying goodbye was not in the old woman’s vocabulary.
“Why say goodbye, when I see you again anyway,” was the retort, time and time again, so, she gave up fighting ‘the closing salutation’ fight and hung up the phone.

A wee bit of preening later and down she went to what was affectionately called "the hovel” - a cosy and very inviting space inhabited by her determined mother. She smiled and wondered if she would be as spunky at eighty.

Of the four siblings, he was the icing on the cake...because he cared enough to stay neutral - hard to do she was sure of that, but he aced it and for that she was grateful.

The visit was soul nourishing and smile activating; batteries were being recharged and a sense of family restored; it felt good.

There were extra hugs to be had when the time came for him to head out for his drive home; a mountainous drive that often took its toll on, and the occasional life of, those that braved it throughout the winter months.

She hugged a little tighter and breathed in a little deeper - a memory was being set - it needed to last a lifetime, just in case.

Do you find yourself taking a moment to imprint the ‘now’, into the deep recess of your mind, knowing it might be all there ever is?

Jenny
Email ThisBlogThis!Share to TwitterShare to FacebookShare to Pinterest
Posted by Pearson Report at 6:03 am 13 comments: